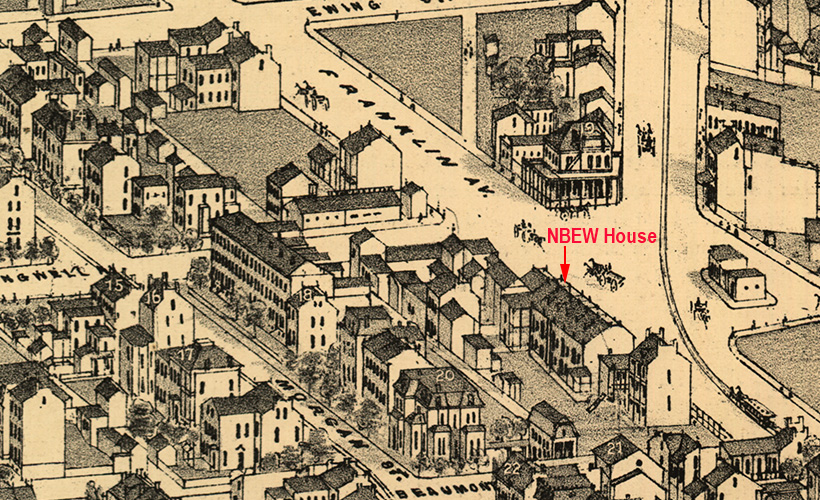 In August of 2014 the administration of International Brotherhood of Electrical Workers, Local 1 met to discuss the 39th Convention and the 125th Birthday of the IBEW. Intent on making the Quasquicentennial Celebration a monumental event for the members, Local 1 considered purchasing and then renovating Henry Millers boarding house, confirmed to be the location of our first convention and birthplace of the Brotherhood.

“The meetings were held in a room on Franklin Avenue near Leffenwell. The sessions were long-from 9 a. m.. to 11 p. m., with two short intermissions for lunch.” (Correspondence, The Journal of Electrical Workers and Operators, Vol. XVI No. 4, November 1916)

Word of the possible purchase spread to the highest levels of the IBEW when, on October 27, 2014, International President Edwin Hill penned a formal letter to all District Vice Presidents requesting donations for the purchase and restoration of the property. Eleven Local unions immediately responded (Locals 479, 668, 304, 1141, 72, 681, 329, 1523, 494, 196, 716) with generous donations. A campaign that started earlier than expected was nonetheless welcomed as a reassuring gesture of the possibility of success. The funds were placed in escrow as the work continued.

Local 1 Business Manager Frank Jacobs laid out a plan to acquire the structure. We would mask our identity through a straw party, thereby eliminating the possibility that the current owners would artificially inflate the property’s value once they learned of its significance to the IBEW. Jake Corrigan of the Sansone Group, the son of a union pipefitter and friend to labor, would make an offer representing the Enosnas Family Holding Company (Sansone backwards). 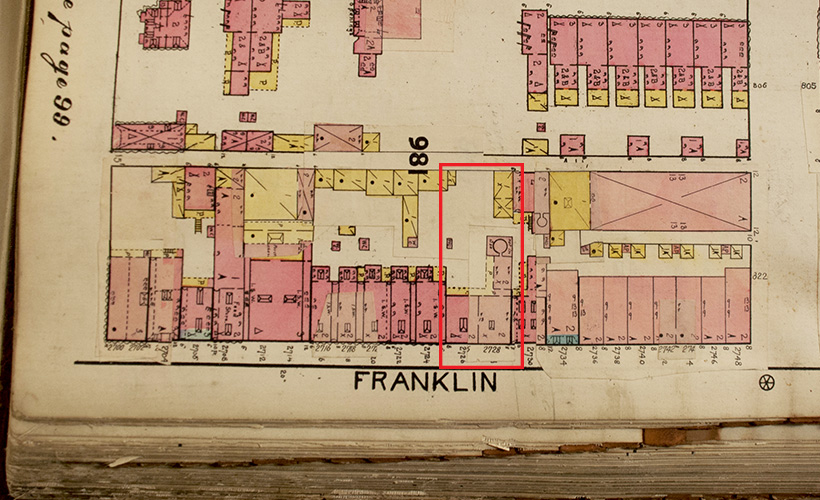 [Image: 1896 Whipple Fire Insurance Map image of Franklin showing NBEW House. The 1896 Whipple Map shows little to no changes. Courtesy the Missouri History Museum. Here you can see the "bakers oven" on the rear of the structure marked "not in use", the "w/c" or Water Closet outside, and wooden stables in the southwest end of the property. Wall thicknesses, number of stories, dormers, and the porch (in yellow) are all shown. Members interested can access the digital version online here. Online Whipple Fire Insurance Maps - Washington University Unreal City]

Before the Local could truly commit to the purchase some questions had to be answered: Was the house structurally sound? Local 1 wanted the home to be as original as possible and worried that the foundation and other aspects of the home were too far gone for restoration. Those fears were lifted after a mechanical engineer toured the property and found the structure to be in surprisingly good condition.

After completing the requisite surveys and environmental studies the Local petitioned the City of Saint Louis for a permit to allow the home to be used as a museum. The permit arrived on May 12, 2015 and IBEW Local 1’s Electricians Building Company closed on the property on June 8, 2015.

Now, 11 months after the project began, the NBEW house belongs to the IBEW and time is of the essence as we work to complete the renovation and transfer the museums ownership to the new, Electrical Workers Historical Society, a 501(C)3 non-profit formed by the International Office of the IBEW in Washington, DC.

If we are successful, members attending the 39th Convention of the International Brotherhood of Electrical Workers will have a chance to stand in Henry Miller's room and enjoy the building where our founding fathers met to form the greatest union in the world!

An archivist in the City of St Louis Recorder of Deed’s office helped Local 1 research the property’s history. A Quitclaim Deed (a portion is shown below) from Henry’s time revealed the property was owned by Anton and Josephine (nee Hermann) Miller (Josephine's father Joseph purchased the property in 1854 from Christian Stahl - see image). As of yet we have found no connection between Anton and Henry Miller. Anton was a tobacconist and business partner to Christian Worley of Miller & Worley Tobacco, whose shop was located on an adjacent block at 2841 Gamble. Anton would die of pneumonia at 28 years old on September 3, 1901. (St. Louis Republic, September 5, 1901) 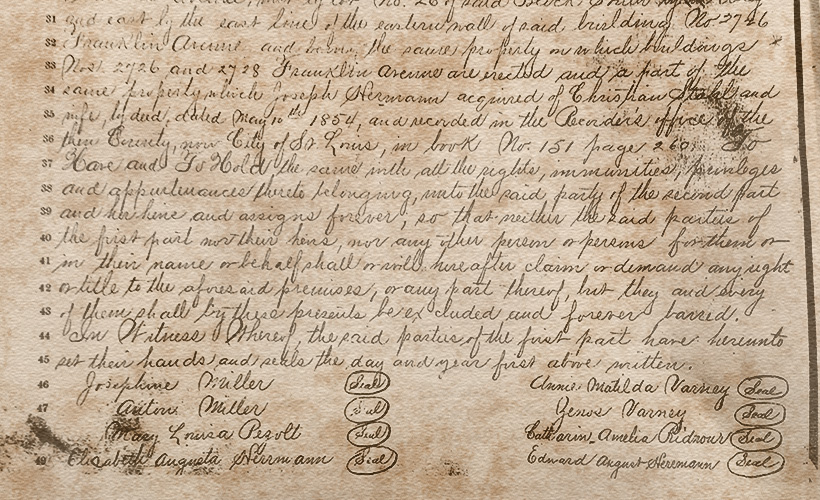 The museum and its assets will be under the control of the Electrical Workers Historical Society, a nonprofit that has filed for tax exempt status. The revenue raised by the Society will ensure the preservation of our historic artifacts and also fund additional research into our beloved Brotherhood.

We offer our sincere appreciation to International President Lonnie Stephenson, Secretary-Treasurer Salvatore "Sam" Chilia, and all the officers and staff of the International Office.

We ask that you join us on our journey and consider making a contribution to the historic preservation of your union.